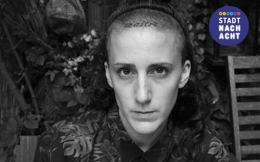 Lauren Flax is a DJ, songwriter & record producer. Her discography is extensive, flush with originals, collaborations and remixes, including projects with a long list of world class talent such as Grammynominated artist Sia, Kim Ann Foxman, Romy XX and Tricky.
It’s no surprise this versatile artist is in such high demand, whether she’s creating trip hop and down tempo with production partner Lauren Dillard as CREEP, or giving life to hedonistic dance tracks in her solo works, Lauren always captures the essence of the genre, deftly shaping musical ideas into her signature sound. As a DJ, she exudes calm confidence and impeccable style. Performing internationally for years, Lauren is technically superlative and delivers a host of Chicago, Detroit and New York influenced house music. In the midst of what is being hailed as a major revival of New York’s club scene, Lauren has firmly established herself as a fixture of this new era of dance music, she will no doubt continue to journey from cult following to club world mainstay.