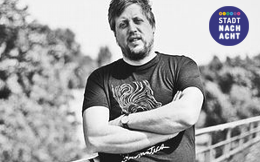 Rooted in Berlin since the mid 90’s, Daniel W. Best has established residencies at Cookies and Bar Tausend and organizes a variety of special parties and one-off events. His djing is only one aspect of his musical credibility: he runs his own company Best Works, which serves as a powerhouse for booking, staging, staffing and publishing.

Bringing professionalism to partying, Daniel was responsible for some of Berlin’s most successful events, including Kaleideskop, which paired Jazzanova’s DJ team with top names from around the world such as Masters at Work, Carl Craig and Metro Area, as well as Dixon’s now defunct club night Innercity held at Weekend, and the oldschool house party Washing Machine which has been running in Berlin for over 10 years at different clubs and which finally arrived at Kater Holzig and Panorama Bar.

Aside from all this, Daniel has proven his A&R prowess, most notable with his two labels Best Seven Records – a Sonar Kollektiv imprint focusing on reggae and soul sounds – and Best Works Records, together with André Lodemann focusing on house music. His three “Best Seven Selections” compilations have earned praise for their classic yet contemporary angle on reggae, and his “Polish Jazz” compilation for Jazzanova Compost Records showed his ear for the obscure. Together with Berlin hip hop DJ Kalle Kuts, he brought  “G.I. Disco” to live  – a project that encompasses a club night, a compilation released by legendary London label BBE, and the temporary exhibition „From G.I Blues to G.I. Disco“ at the Allied Museum.

Daniel’s most recent focus is Best’s Friends – a new label set-up based in Berlin which will be releasing both electronic and non-electronic music styles especially from family and friends.